In their exhibition the artist duo Gustafsson&Haapoja discuss the simultaneous invisibility and presence of pigs in society. As the name implies, the exhibition focuses on pigs, whose bodies have been utilized throughout history with a significant role in many human societies. In addition to the production of food, pigs are connected to class conflicts, waste management and even colonialism. The life and death of pigs is related to industrialization, global market economy and the environmental crisis.

Pigs consists of three works previously unseen in Finland. The sound installation Waiting Room allows us to hear the sounds of pigs spending their last night alive. It was displayed at the Amsterdam Zone2Source Gallery in 2019. The exhibition presents two new video works made for this show. The video work No Data aims to understand what sort of reality the animal industry creates. Material related to the use of pigs’ bodies was studied. The overall picture is overwhelmed by the diverse networks of fodder production, bacteria, and worker conditions. The video Untitled (Alive) looks at life from the perspective of Paavo living in an animal shelter. While the exhibition explores the invisible pig, it also tries to express the experiences of a being who is reduced to a mere resource. How does a pig see us?

The exhibition on display in the Halli Exhibition Space shows the overlap of history and life of Itikka neighbourhood. From 1914 to the 1980s, next to the Kalevan Navetta building, which at the time was used for industrial and warehousing purposes, a slaughterhouse and a meat processing plant were operating. In its exhibition program, Kunsthalle Seinäjoki explores issues arising from its location at the intersections of urban and rural, history and the future, combining them with current contemporary art phenomena. The aim is to set aside the complex challenges of today and to highlight the importance and potential of art in society.

Gustafsson&Haapoja is a collaboration project since 2012. The project started out by exploring history and society from the perspective of other species and has progressed to dismantle the concepts of humans and animals and how they relate to the mechanisms of racism, sexism and social exclusion. In the works of Gustafsson&Haapoja, there is an idea of utopia and the possibility of a different world. Haapoja and Gustafsson combine poetry with a documentary approach in their work. Their art extends from installation and video art to performances, and their works often reveal the theatrical background of both artists. The artists attempt to link their exhibitions to social context through discussions, writings and actions.

Gustafsson&Haapoja’s Museum of Nonhumanity received a National Media Art Award in 2016. The work has been exhibited at biennales and festivals, e.g., in Norway, Taiwan and Italy. The set of works of both artists called Museum of Becoming was exhibited at the Helsinki HAM Art Museum. In 2021, the video piece Becoming was displayed in the gallery of Kyoto City University of Arts (KCUA). Naudan historian museo (The Museum of the History of Cattle) opened in 2013 was displayed in the Kalmar Art Museum earlier this year. In relation to the exhibitions, Gustafsson&Haapoja have edited the books: History According to Cattle (2015), Museum of Nonhumanity (2020) and Nuppukirja – maallisen elämän käsikirja (Button Book – A Handbook of Secular Life) published in Finnish and English (in 2021 also in Japanese).

Laura Gustafsson (b. 1983) is a Helsinki-based author and playwright, who in addition to fiction has written plays, radio plays and TV series. Gustafsson has published five novels. The first work Huorasatu (Whore Tale) (2011) was nominated for the Finlandia Prize. Her latest book Rehab (2020) has also received wide positive acclaim. 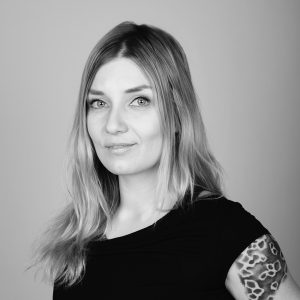 Terike Haapoja (b. 1974) is a visual artist working in New York, who besides creating exhibitions is also an author and a lecturer. Her works Closed Circuit – Open Duration and Toisten puolue (Party of Others) were exhibited in the Nordic pavilion at the Venice Art Biennale in 2013. 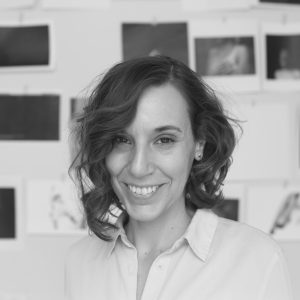 AARG 2021 gathering is part of the Gustafsson & Haapojan exhibition Pigs. Animal production and the industrial production and economic exploitation of bodies named animals has an impact on numerous aspects of society and environment. At the same time, production and the work needed for it is moving farther and farther (and more often) onto the borders of the field of vision.The seminar will provide a background of the history and present situation of animal and food production in Finland. The law allows to use animals from other species: the agency and selfness of other species have been made invisible and insignificant, so they have become objects. Legislation often favours the economy and the pursuit of profit, but the climate crisis and pandemics may force us into social agreements on a more sustainable basis. The price of intensive production is not only paid by other animals, nature and future generations, but usually also by the people who make their living from it. The most important issue for the survival of human communities is food production. The seminar will also highlight more humane ways to solve it.

Gathering was live broadcasted on the 30th of September at 1.30pm to 4pm. The viewing link.