Noelia Mora Solvez’s first exhibition in Finland invites viewers to enter a strange world. Farming is an energetic, sonic and performative exhibition composed of video installations. All six works are based on and inspired by farm-raised animals. The exhibition invites viewers to ask questions and reflect on human social behaviour by shifting the boundaries of the human/animal dichotomy. In this way, the artist equates and entangles humans with other non-human animal beings and creates a humorous zoomorphic-centred planet in an effort to broaden the definition of the human-animal. The visual catalogue of the exhibition consists of spatial video installations in which human-sheep, fish-people, small birds, and a giant worm, imitate the characteristic movements of non-human animals. The sounds from the videos wrap one in the woven voices of different species adding to the totality of the art experience.

In her work, Noelia Mora Solvez examines society and its various strata, such as family structures and social norms. She studies, observes, and compares the behaviour of humans and non-human animals, imagining herself to be like an anthropologist from another planet. The works raise questions concerning the “good life”, identity construction, gender roles, and the human/animal relationship. Through the use of humour, poetic images, and visual metaphors, the artist seeks to evoke questions on compassion, solidarity, and freedom 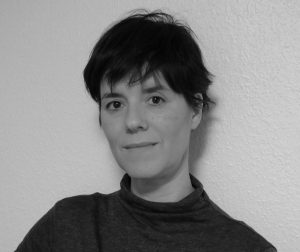 Noelia Mora Solvez (b. 1975) is a Catalan-born video and performance artist who has been living and working in Aarhus, Denmark, for a long time. She graduated from the Aarhus Art Academy and has held solo exhibitions in Denmark and Norway. Her works have been acquired for the collections of ARoS Aarhus Art Museum and KØN Gender Museum. The exhibition in Kunsthalle Seinäjoki is her debut in Finland. The works are done in collaboration with Christoffer Brekne, as a film photographer. The exhibition is supported by Statens Kunstfond.